Your Santa for all occasions 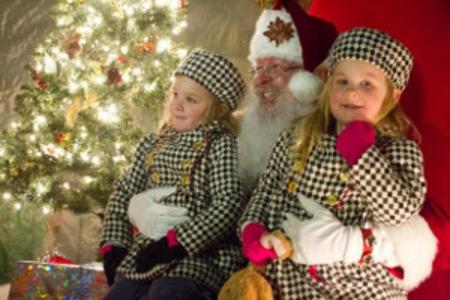 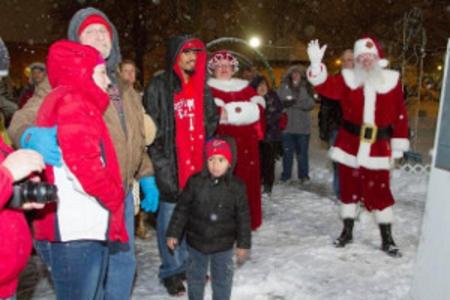 A Special Testimonial from Light Up La Grange

​Not from Santa and Mrs. Claus. Or the kids when they saw him.  They were oblivious to our disappointment. They became a reminder to everyone of what was good. They entertained kids all night and spoke with every child that wanted to see Santa. Even though there was only a handful of kids in the last hour, they stayed until the advertised time of 9:00 PM.  We were the last four people to leave.
Toward the end of the evening we saw a kid wave goodbye to Santa and went skipping through the snowy courtyard of lights, at least the ones that were working, looking like the happiest kid in the world. His Mom was laughing watching his joy. We laughed watching them. I found out a few minutes later he told Santa what he really wanted for Christmas was a new coat and shoes.
The reason F.P. Church knew Santa will live forever is because of people like Santa Michael and Mrs. Laura Claus.
I am the Chairperson of Light Up La Grange 2013. I am writing this after just getting home from our event December 6th. The weather wrecked our event. Freezing rain turning to snow made the roads treacherous. Quite literally all the entertainment cancelled. I personally told Michael several times we'd understand if he had to cancel. His only concern was if we were going to turn on the lights. We had no option but to turn on the lights. Michael repeatedly told us he would be there. Concerned for his safety I told him we could send the police Humvee. He assured me that should he feel that necessary, he'd let me know.
As soon as he got in town he hit the streets greeting everyone on the street. Things were very tense among those of us responsible for the event. Santa was undaunted by the heavy atmosphere that was getting thicker as the ice increased.
Half of the lights failed after testing 100% before the weather moved in. We were unable to use the sound system for the coordinated computer programmed light show. Thousands of hours and months of planning from hundreds of people felt like it was being totally wasted. There were a lot of sad faces.
​Michael and Laura are total professionals. We first met early this fall and it has been my pleasure to work with them twice in several months. I have spent a lot of time planning these events with him. I can tell you he is smart, thoughtful, knowledgeable in science and the arts and very kind. They have formal educational training at Santa school. No kidding. I have seen them work with special needs adults, kids, and the general public. He always seems to have the answer to bring a smile. They go to great lengths to prepare for contingencies.
Regarding Michael's fee. After watching him work, I have a theory that he does the kids for free. He accepts the money to perpetuate the Santa magic. For those of us responsible for that bill, and any of the adults that care to pay attention, it is a bargain for the doctorate lesson in the truly important things in life.
F.P. Church was right all those years ago. There IS a Santa Claus. I look forward to working with him again.
Bill Schneider
Chairperson, Light Up La Grange 2013
Discover Downtown La Grange
P.O. Box 228
La Grange, KY 40031​

"DEAR EDITOR: I am 8 years old.
Some of my little friends say there is no Santa Claus.
Papa says, 'If you see it in THE SUN it's so.'
Please tell me the truth; is there a Santa Claus?"

VIRGINIA O'HANLON
115 WEST NINETY-FIFTH STREET
"VIRGINIA, your little friends are wrong. They have been affected by the skepticism of a skeptical age. They do not believe except (what) they see."
Sounds like it could have been written yesterday. But it wasn't. Eight-year-old Virginia O'Hanlon wrote a letter to the editor of New York's Sun, September 21st, 1897. Newsman Francis Pharcellus Church went on to tell Virginia, and all of us...
"No Santa Claus! Thank God! he lives, and he lives forever. A thousand years from now, Virginia, nay, ten times ten thousand years from now, he will continue to make glad the heart of childhood."
View on Mobile